In 1954, Vietnam established its independence from France, raising questions about how the newly liberated nation would be ruled. The country became divided into a pro-communist north, supported by the Soviet Union and China, and an anti-communist south, backed primarily by the United States. As the North Vietnamese and their allies sought to unify the country under communism, the South Vietnamese and their allies attempted to resist them. The United States sent advisors, weapons, and troops to support the south, but in the end, the war proved too costly in terms of resources and lives lost. The U.S. withdrew from Vietnam in 1973, and the war ended in 1975, when North Vietnamese forces ultimately succeeded in conquering South Vietnam. A long and controversial chapter in world history, the Vietnam War was a manifestation of the Cold War that played out between the United States and the Soviet Union in the decades following World War II.

In 2010, the Friends and Foundation of the Rochester Public Library received a grant from the Vietnam Veterans of America, Chapter 20, to record oral history interviews with veterans who served during the Vietnam War era. In partnership with VVA Chapter 20, the Office of the Rochester City Historian, and the Monroe County Historian’s Office, the library recorded interviews with 68 veterans. Most of the interviews were conducted by students from St. John Fisher and Nazareth colleges.

The Rochester-Monroe County Vietnam-era Veterans Oral History Project gave veterans a chance to talk about their experiences and to share stories they might have never before told. Preserving the memories and insights of those who served during the Vietnam War, these oral history interviews reveal how that conflict permeated every aspect of life, regardless of whether a person served overseas or stateside.

Listen to the voices of the Rochester-Monroe County Vietnam-era Veterans Oral History Collection and discover local stories of the Vietnam War era!

Note: Some of the interviews in this collection contain language and content that may not be appropriate for younger audiences. 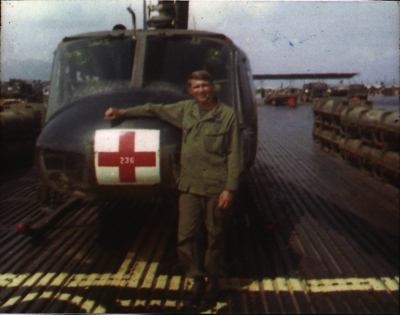