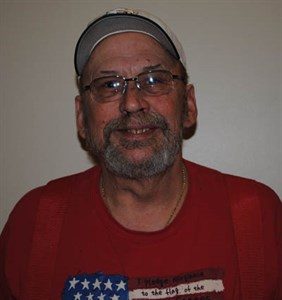 William McDonald (b. 1950) was born in Elmira, New York. He graduated from high school and enlisted in the United States Navy in June 1969. He completed basic training at Great Lakes, Illinois, and then served in Philadelphia and in Maine. He toured along the East and West coasts on a Navy ship, passing through the Panama Canal and visiting Alaska, Hawaii, and other places. During his service, McDonald volunteered twice to be sent to Vietnam, but never had to go. He reached the rank of E3 Gunner’s Mate and received an early honorable discharge after being injured in a shipboard accident. After the Navy, McDonald worked at Eastman Kodak for 25 years before his service-related injury rendered him disabled.

In this interview, McDonald discusses the leg injury that led to his early discharge from the Navy. McDonald was not sent to Vietnam but shares that he knew many people that died in the war, including two close friends from high school. He recalls seeing soldiers who returned from Vietnam, both those that had not seen any combat and those that suffered physical and psychological problems from the war. McDonald thinks everyone should serve in the military after high school to help them mature and learn useful skills. Given the choice, he says he would probably enlist again.