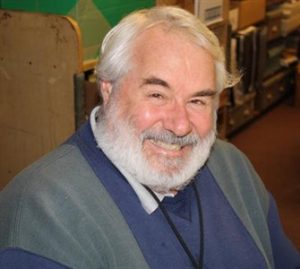 Timothy O’Connell (b. 1945) was born in Rochester, NY. He was drafted into the United States Army on February 15, 1968, after he had already started college. He completed basic training at Fort Dix, New Jersey, and completed his advanced training at the U.S. Army Quartermaster School in Fort Lee, Virginia, where he became a Depot Level Storage Specialist. O’Connell eventually became a teacher at the Quartermaster School and spent most of his military career in this position. O’Connell was not sent to Vietnam. He remained in the Army for three years and was honorably discharged on February 14, 1971.

In this interview, O’Connell discusses his poor health during basic and advanced training, recalling how the military doctor told him that his asthma and allergies should have prevented him from being drafted. He discusses his service with the Quartermaster Corps and relates a humorous story about a prank one of his classmates pulled. O’Connell shares that he has mixed feelings for the United States government, especially concerning the war in Afghanistan. He explains that he sees the U.S. as a bully nation and that the general public does not know very much about what has happened in the Middle East.