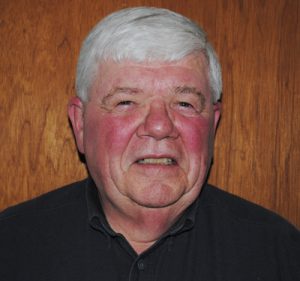 William Auble (b. 1946) was born in the Rochester area and grew up with one sister who was nine years younger than he was. After high school, he went to college, but had to drop out due to a lack of money. Auble joined the United States Marine Corps in 1966. He served in Vietnam for two years and then returned to Rochester, where he got married and had three children. Auble spent his career as an electrician. He became a member of the local Vietnam Veterans of America Chapter 20 and mentored fellow veterans through Veterans Court, a legal program that handles cases involving veterans with service-related mental health problems.

In his interview, Auble explains that when he dropped out of college, he knew it was only a matter of time before he would be drafted into the military. With this in mind, he decided to enlist. He discusses how at first he was trained to be a combat engineer for amphibious landings, but that this was quickly adapted into a radio man and helicopter support position. Auble shares that he was involved in various combat experiences, including Operation DeSoto, Operation Foster, and the Tet Offensive. Each of these was an important part of his service and he discusses each in turn. Auble also talks about receiving the Purple Heart for being wounded when the truck he was riding on was destroyed by a land mine. He was honorably discharged in 1968, after serving for two years. Having suffered from post-traumatic stress disorder (PTSD), Auble explains how he became determined to help other veterans receive better care than he had.