The Frederick Douglass Voice began publication on October 6, 1933. The newspaper, published by Howard Wilson Coles, was devoted to the activities, aspirations, and ideals of Black people in Rochester and the vicinity. Howard Coles used the newspaper to call attention to critical issues in the Black community. In 1938, The Voice conducted a housing survey in Rochester’s Black neighborhoods and exposed the unsafe living conditions of Black renters. The paper sought to promote support for the NAACP, put more Black people in professional and legal positions, and foster voter participation.

Howard Coles was born on November 12, 1903, in Belcoda, New York, and spent his childhood in Mumford, New York. He left school at age 15 and travelled throughout the Northeast until he returned to Rochester in the early 1930s. Coles was inspired by Frederick Douglass and his ability to reach people, especially in print. Coles borrowed $2,800 from his life insurance policy and, with the help of fellow Rochesterian Elsie Scott Kilpatrick, a local nurse, he established and began publication of The Voice.

At its peak, the newspaper’s circulation reached approximately 10,000 copies. Coles worked as a real estate agent, insurance sales agent, and court attendant to earn enough money to support the newspaper. The Voice went through many name changes in its 63-year run. It has been called The Frederick Douglass Voice, The Rochester Voice, The Voice, The Voice of New York, and The New Negro Voice. The Voice is the longest running Black-owned newspaper in Rochester.

Donated to the Rochester Museum & Science Center in 1998 by Howard Coles’ daughter, Joan Coles Howard, and granddaughter Shelaine Peters, the Howard W. Coles Collection includes 350 original copies of The Voice from 1933 to 1996. In 2021, all issues of The Voice held by the RMSC were digitized with support from the Rochester Regional Library Council. A representative sample of the newspaper is available here. The remainder of the newspapers will be digitally accessible in 2022 on New York State Historic Newspapers and the RMSC Collections website. 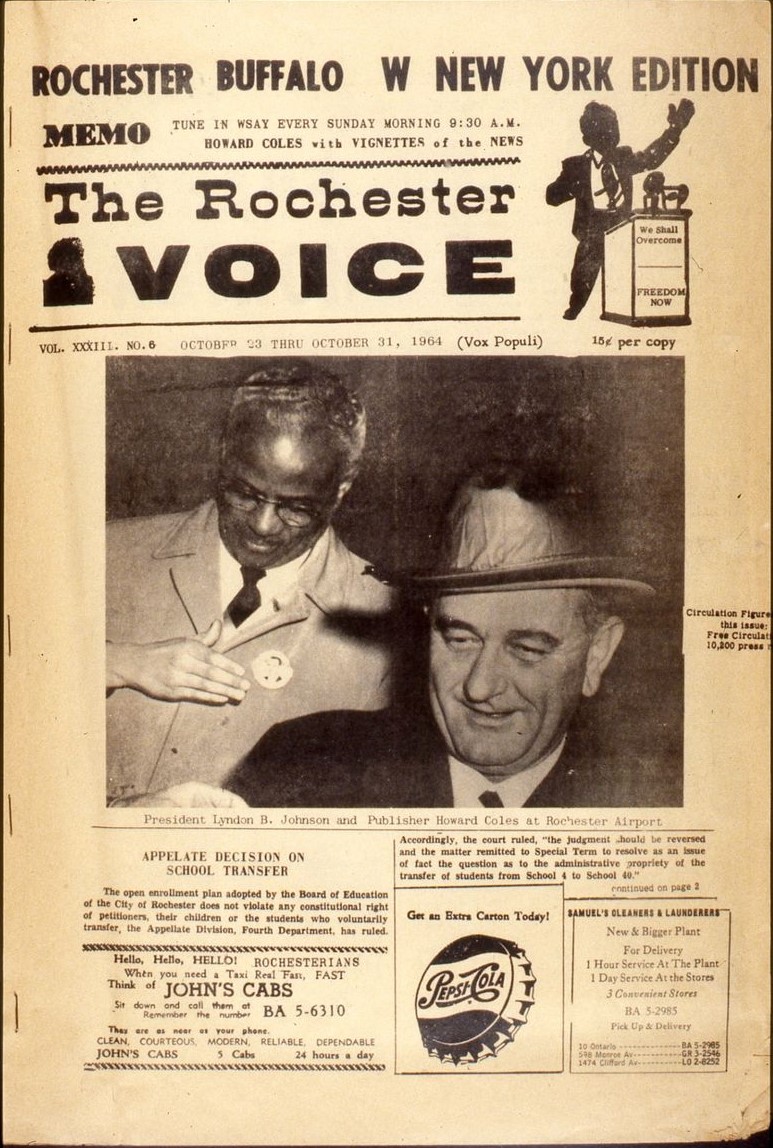