A statement written by Susan B. Anthony explaining why the Anti-Saloon League should support the cause of woman suffrage. The statement notes that the “saloon problem” has not been solved because women who are against drinking are not allowed to vote on legislation that could reduce alcohol use. 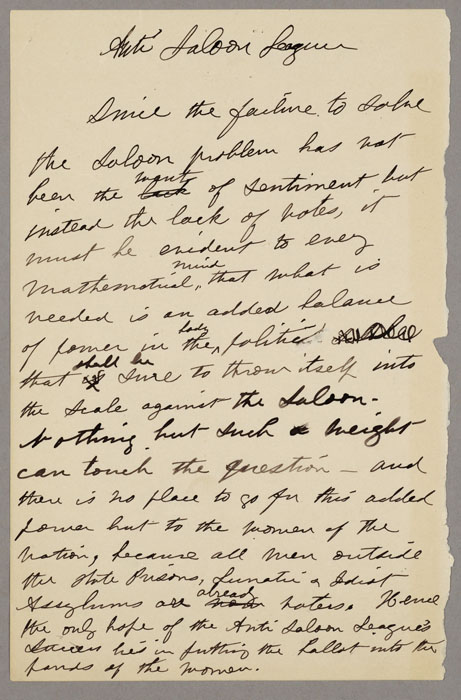 Since the failure to solve
the saloon problem has not
been the lack want of sentiment but
instead the lack of votes, it
must be evident to every
mathematical mind, that what is
needed is an added balance
of power in the body politic [illegible]
that is shall be sure to throw itself into
the scale against the saloon.
Nothing but such a weight
can touch the question – and
there is no place to go for this added
power but to the women of the
nation, because all men outside
the state prisons, Lunatic & Idiot
Assylums are now already voters. Hence
the only hope of the Anti-Saloon League’s
success lies in putting the ballot into the
hands of the women.